The True Agony of Facing COVID-19 While Locked Up

Covid is surging in prisons and jails across the

country again, we revisit an essay exploring what that

means for the mental health of the people inside.

Karim Diggs has spent the last 45 years in prison in Pennsylvania. He is an acclaimed legal prison scholar who has helped many prisoners find freedom in case appeals. He is a contributor to The Des. This is part one of Karim’s dispatch from inside. Next week we go over his proposed solutions for the incarcerated during the pandemic.

March 2020, changed my prison existence as I knew it. Immediate lockdown took place, and I was stuck in the cell with another person 24/7. This close living situation does not take well with anyone who has a drop of common sense and decency. I asked myself how long will I be in lockdown, and what type of disease is this ravaging the human population? How will state officials treat prisoners? Each day ticked by with no assurance or relief in sight, and the information on CNN provided me with unwelcome news. The news from the White House gave one story and the popular media gave another. My confusion grew, and I had no idea what to think. The image before me was death could come from the virus and prisoners were in the condition to suffer the most.

The overdose of news coverage and the fear gained from misinformation did very little to combat the prison officials humble request that we be patient. The officials made a commitment to address all our concerns and that our health was their priority. They would do every thing they could to make our situation as comfortable and safe as possible. We were given masks and told what to do to protect ourselves. The prison TV station was constantly giving us instructions and updates. I was given some confidence in the message because it appeared everyone in the administration was on board to do all they could to manage this crisis. I had to respect the professionalism and efforts.

But entire experience left out the psychological impact of forced confinement, and the agony of the unknown. Probably the worst part of this nightmare is the fear that I would get COVID-19 from another prisoner or a staff member.

I wondered if COVID-19 was as radioactive and deadly as it seems it would be? How would I handle it if I caught it and what would I tell my family? These were worries I had. While the Pandemic was catching fire, I was given a new cellie and he was young and seemed like a nice person. We got along well, until one night he was smoking some type of drug and I had to inform him I do not allow any drug use in my cell. He agreed to obey the rules. I caught him again. I told him we must get the housing manager to remove him to another cell. He was eventually moved to another cell. Before he left we argued again about the lighting situation. He slept on the top bunk which puts him directly in the eye of the light in the ceiling.

I wondered if COVID-19 was as radioactive and deadly as it seems it would be? How would I handle it if I caught it and what would I tell my family? These were worries I had. While the Pandemic was catching fire, I was given a new cellie and he was young and seemed like a nice person. We got along well, until one night he was smoking some type of drug and I had to inform him I do not allow any drug use in my cell. He agreed to obey the rules. I caught him again. I told him we must get the housing manager to remove him to another cell. He was eventually moved to another cell. Before he left we argued again about the lighting situation. He slept on the top bunk which puts him directly in the eye of the light in the ceiling.

A very bright light when you sleep on the top bunk. We came to an agreement on how we would manage the lighting system. I had to read and write and do legal petitions in my cell etc. The system puts anybody in a cell without their psychological profile being considered. This is dangerous and it causes extreme conflict and stress.

In my opinion, the failure to consider how to deal with the mental health aspect of close confinement on an entire prison population is cruel and punitive at best and allows a silent deterioration self-worth and sense of being. Any sense of having control of your life is eliminated by the daily confinement in such a small space. Breathing, moving in the cell, sharing every inch of the cell, creates a limited world that brings no degree of peace or self-worth.

Men and women should not suffer without fresh air or space to be at peace within your own skin. These mental health requirements are absence in the plan to deal with prisoners. It appears that it is not even an issue. Just as the use of the vaccine for the prisoner population has been at the bottom of the list. I have yet to hear a whisper of the need to bring the vaccine to the prisoner citizens. I think of these issues and I feel the disregard for humanity as part of a society who is bragging about human rights all over the world. We condemn China, Russia, Korea and other places as savage nations when it comes to human rights. We need to be consistent in our position when it relates to people no matter where we find them or put them.

Vitamins are not part of the treatment of people in prison. We lack sufficient vitamins especially D. The lack of sunshine is lost due to the confinement we endure. The food is not supplying the needed Vitamin D which is necessary for good mental health. The psychological effects from this deficiency is not put into the equation in how the state could help preserve our mental health while in the lockdown. Aging and other health problems are coming from the long and sustained diet of starches and other foods that do not give us the vitamins we need.

At any time of the day, you will find nearly 99% of the cells are dark with no lights are on. The prisoners are sleep and they turn off the lights. For whatever reasons, the dark is the place most find peace and comfort. Nobody is reading too much and when going to the library it is not to do much research, but simply to talk with a friend or homey. There is an intellectual breakdown as a result of the inadequate handling of the large prison population.

Social distance is the major way to prevent the spread of the disease. I agree with the masks and separation form each other. I do believe the state should develop a computer system that we can operate our own small computer in our cells. This would create activity in the cell that keeps the brain alive and working.

The man on the top bunk from suffering overdose of light in his or her eyes. It would also prevent arguments and people sleeping all day in the dark!

I have seen most of the men who are dying and going to the hospital are elderly men. These have been working and exercising for decades, but the March 2020 Pandemic lockdown has revealed sickness, disease and other problems that were not known or not brought forth until now.

The Pandemic also has driven some men to refuse further treatment for cancer and they have died in my opinion from hopelessness. They were convinced there is no relief and absolutely no compassionate consideration in releasing men and women due to the ending of their lives.

Compassionate release is a legislative law that permits after certain requirements are met, a prisoner can be released on a medical court order decree. But very few prisoners are granted such relief.

Section Pennsylvania Statute codified as 42 Pa. C.S .& 977 allows a sentencing judge to grant relief in a properly filed Motion. You must be seriously ill and not expected to live more than on year. And medically, your needs can be treated more appropriately in an outside facility. What usually destroys the last reason to release you is the DOC medical doctor will not say they are unable to treat you. They always alleged we provide the best treatment available and thus your application for compassionate release will fail. 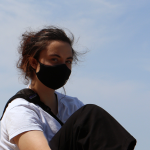 Design Contributor for The Des, current undergraduate of design and political science at the University of Washington.