Almost a year ago, a carjacking left The District of Columbia aghast. Mohammad Anwar, died in the hospital after he was hit with a stun gun and crashed his car while two girls stole his vehicle. Carjackings are common in D.C., but what shocked residents the most was the two girls who carjacked Anwar were only 13 and 15-years-old. Now, they won’t be released from detention until they are 21.

This case in the city and a few other national headline grabbing crimes contributed to a political focus on the “rise” in youth crime. Chicago’s Mayor recently pushed through an earlier curfew for minors after a teen was shot.

But a new report debunks that violence has risen among youth, at least through 2020. The Sentencing Project, a D.C. based think tank and advocacy nonprofit, found little evidence to support the theory of a youth-led crime wave since the pandemic began.

The report found the number of crimes committed by youth fell by more than half over the past two decades and continued to fall in every major offense category through 2020.

“Scattered anecdotes and talk of out-of-control youth are fueling calls for stricter punishments and harsher treatment. But such methods have consistently proven to be ineffective at preventing crime, and are likely to cause crime to increase,” the press release stated.

Youth arrests fell in every crime category from 2000 to 2019, and data showed a continued decrease throughout 2020.

Further more, the report calls into question the focus on youth carjackings across the country because federal data, which showed an overall drop in youth robberies in 2020, did not specify car jackings. So we do not know nationally how many carjackings are committed. Over 90% of people arrested for homicides in 2020 were adults, a higher percentage than the three years prior.

But recent shootings of teenagers have still racked The District. 16-year-old rapper,  23 Rackzs, was shot and killed in May in Southeast D.C. shortly after sharing a stage with Wale and other DC hip-hop legends at the city’s annual hip-hop festival, Broccoli City.

Homicides are up 11% from last year in the District and at least five youth have been killed since January.

The report does not include data from 2021 and the 2022, and it added there is a possibility that youth crime could have risen during the last year and a half. Issues such as mental health and economic stresses cannot be “solved with harsher punishments in the court system,” Mendel wrote.

“Even if it is ultimately confirmed, a pandemic-era increase in youth offending should not be used as a rationale to scale back recent reforms in youth justice or to promote punitive policies against youth,” he added.

The report suggests instead, hiring school counselors instead of police, using restorative justice programs to divert youth from punishment, eliminating youth imprisonment, charge all youth as youth not adults and an increase in community opportunities.

Who Speaks for Me? launches hosing pilot in D.C. for five female and LGBTQ+ returning citizens.

Shaking off the dust

The United States Sentencing Commission’s four year interruption has left the circuit court system in disarray and many incarcerated people waiting to hear back on appeals. Its first meeting addressed the list of priorities it will tackle including The First Step Act.

Shapiro vs Mastriano: The future of Pennsylvania’s criminal justice system

The Des compares where the candidates for PA Governor fall on criminal justice Today, Pennsylvanians will cast their votes for the new State Governor. The

Still locked out of the ballot box

An estimated 4.6 million Americans are still unable to vote due to felony records despite reforms. This includes more than one in 10 Black adults in eight states – Alabama, Arizona, Florida, Kentucky, Mississippi, South Dakota, Tennessee, and Virginia. 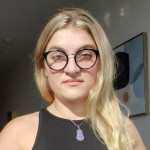