Despite a Department of Justice investigation and multiple years of litigation, people incarcerated in Alabama are striking statewide against inhumane prison conditions including poor medical care, violence, retaliation, dilapidated prison living conditions and low staff. The Governor called their demands “unreasonable.” She has refused to work with the DOJ to improve the prisons and instead courted private prison companies for new facility contracts as a solution. Strikers are facing reported retaliation and starvation HuffPost (Oct. 7, 2022)

POTUS pot pardon frees no one from prison

Biden has pardoned approximately 6,500 people convicted of “simple” cannabis possession, a low level offense that excludes the trafficking or sale of marijuana. This includes currently in federal prison. Most people are incarcerated on distribution and other charges as well as possession. Biden has urged state officials to follow his lead. Biden cited the disproportionate rate at which Black and brown people are arrested, prosecuted, and convicted for marijuana use, calling the convictions “needless barriers.” The Guardian (Oct. 6, 2022)

A million-dollar crime statistics reporting system known as NIBRS (National Incident-Based Reporting System) produced a data set for 2021 that was fragmented and inconsistent with reports of drug-related crime rates nationwide. The FBI released multiple documents through its “Crime Data Explorer,” each listing a conflicting number of drug/narcotics offenses. The data was provided by only 19 states who transitioned to the system fully, and 31 other states who have not yet completed a full transition. Marijuana Moment (Oct. 5, 2022)

Congress has passed a new law that allows tribal courts to file more charges, including sexual abuse, trafficking, stalking and obstruction of justice, against non-Native defendants. This expansion of jurisdiction empowers 31 tribal nations to address violence against women and children on tribal land. The law was included as a section of the Violence Against Women Act. Previously, tribal courts only had jurisdiction over non-Natives who committed acts of domestic violence. The Oklahoman (Oct. 3, 2022)

People undergoing pretrial proceedings, probation, parole, or immigration proceedings are all commonly monitored electronically through a GPS. In a new report, the American Civil Liberties Union is calling for this to end. Co-author of the report Ayomikun Idowu called the electronic monitoring “e-carceration.” The GPS system tracks people’s whereabouts and prevents movement more than a few hours from the wearer’s home. The ACLU said that going to work or seeing family can be impossible. If a person fails to comply, they can be imprisoned. The Davis Vanguard (Oct. 3, 2022)

Mississippi state rules mandate that no-knock search warrants are returned to courts to be accessible to the public. However, many are not available, leaving victims of no-knock warrants in the dark. Almost two-thirds of Mississippi county courts prevent public access to search warrants. Some search warrants, however, never left the police station. These documents are protected by a public records exemption that benefits law enforcement agencies. Breonna Taylor was killed when police entered her home armed with a no-knock warrant, inspiring nationwide scrutiny of the policy. However in many cases, this scrutiny raises questions that remain unanswered without lack of access to official documentation.  ProPublica (Oct. 4, 2022)

A lawsuit filed by four people currently detained on Rikers Island says that the New York City Police Department and Department of Correction has been taking people straight to Rikers Island without bringing them to court, violating state law. NYPD detained Paul Philips, and several others in similar situations, on the basis of an old open bench warrant, which is typically issued when someone does not turn up to court. However, the warrant was no longer open, a fact which was made known to the NYPD. Despite this, Philip and his co-plaintiffs were detained illegally on Rikers Island. Hellgate NYC (Oct. 4, 2022)

Prison reform advocate Alex Friedmann has settled a lawsuit he brought against the Tennessee Department of Correction after being placed in solitary confinement despite not having received a conviction. Friedmann was placed in a solitary cell walled with steel plates under a ‘safekeeper’ order which allows pretrial inmates to be detained in state prisons. The terms of the settlement mean that prison officials will individually assess safekeeper inmates, who will be allowed to participate in hearings to determine where they will be kept. Both safekeeper and regular inmates can appeal a decision to be kept in solitary confinement. The Toronto Star (Oct. 3, 2022)

Alex Friedmann, who just earlier this week settled a solitary confinement lawsuit with the Tennessee Department of Correction, has been sentenced to 40 years in prison for vandalism. Friedmann, a criminal justice advocate, was found guilty of vandalizing Davidson County Jail, causing $250,000 worth of damage. Friedmann planted guns in the jail, claiming a gang rap in jail earlier had led him to do so to protect himself. Friedmann has a history of advocating for prison reform. News Channel 5 (Oct. 6, 2022)

The US Department of Justice found that the Minnesota Department of Corrections has violated the Americans with Disabilities Act (ADA) by denying the right of incarcerated disabled individuals to enroll in General Educational Development (GED) program opportunities or to apply for modifications. The DOJ has asked that the Minnesota DOC resolve this civil rights violation by notifying inmates about the reasonable modifications available to them and allowing them to apply for and receive modifications for GED courses and exams. The Department of Justice (Oct. 3, 2022)

A new solitary confinement reform called the Humane Alternatives to Long-Term (HALT) Solitary Confinement Act was meant to create therapeutic “residential rehabilitation units (RRUs)” in prisons. Under the Halt Act, these units would allow prisons to place inmates in a humane space as an alternative to standard solitary confinement. However, state prisons are neglecting to uphold the standard for RRUs set in the HALT Act. Instead, inmates have been cuffed, chained, and shackled whilst inside the “therapeutic” rooms. New York Focus (Oct. 5, 2022)

In 1991, an intellectually disabled man Charlie Vaughn confessed and pleaded guilty to the murder of Myrtle Holmes. In 1995, Vaughn, illiterate himself, had a fellow inmate write a letter to a federal courthouse on his behalf, requesting to be released from custody. He made his request on the basis that he had not received proper legal representation and was wrongfully convicted of murder. Vaughn’s petition was dismissed. In 2015, evidence surfaced that linked another suspect to the murder, but not Vaughn or two others who had been jointly convicted for the same crime. These two men were freed; Vaughn was not. The Antiterrorism and Effective Death Penalty Act says that prisoners only have one chance to be federally reviewed. Vaughn’s 1995 letter meant that he had used up his one chance and remains imprisoned today. Radley Balko (Oct. 5, 2022)

city pays for killing by police

Daniel Prude was killed in Rochester New York by police officers who placed a hood on his head and pressed it into the pavement. The killing, which took place in March of 2020, sparked protests throughout the community. Prude’s family filed a lawsuit against the city of Rochester, who settled the suit for $12 million. The settlement means that the city does not admit liability for Prude’s death, but the Prude family’s lawyer told The New York Times that he hoped the case would lead to further investigations into police brutality. The New York Times (Oct. 6, 2022)

tell us your story here 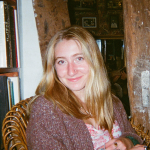 Research and reporting intern at The Des